Is investing in Thumzup® Media a good idea?

Traditionally, opportunities to become early investors in technology companies like Thumzup® Media have been restricted to venture capitalists and accredited and institutional investors.

However, access to early-stage companies with disruptive technology is no longer exclusive to venture capitalists and angel investors if companies get their offerings qualified under Regulation A+ (Reg A+) like Thumzup® has done.  Thumzup® Media recognizes the influence of the general investor community, has gone through the qualification process, and is opening up their investment opportunities to the everyday individual.

You have an opportunity to get in on the ground floor level of Thumzup® Media’s Reg A+ Offering at the price of only $4.50/share which is a pre-money basic market cap of approximately $31,978,512. 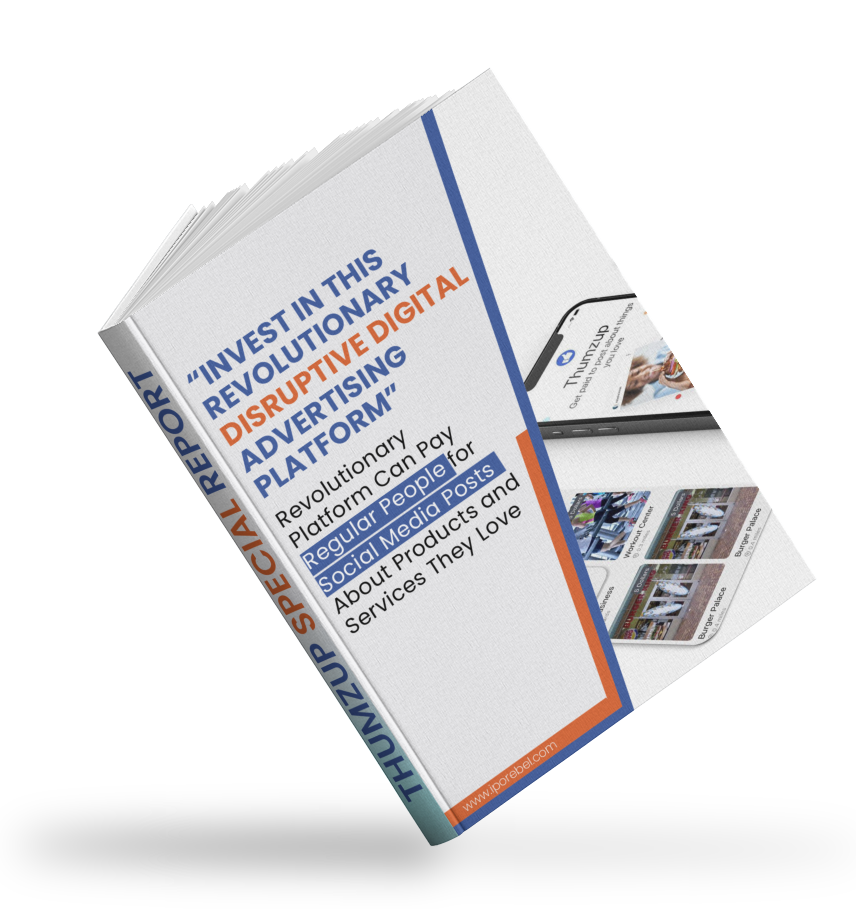 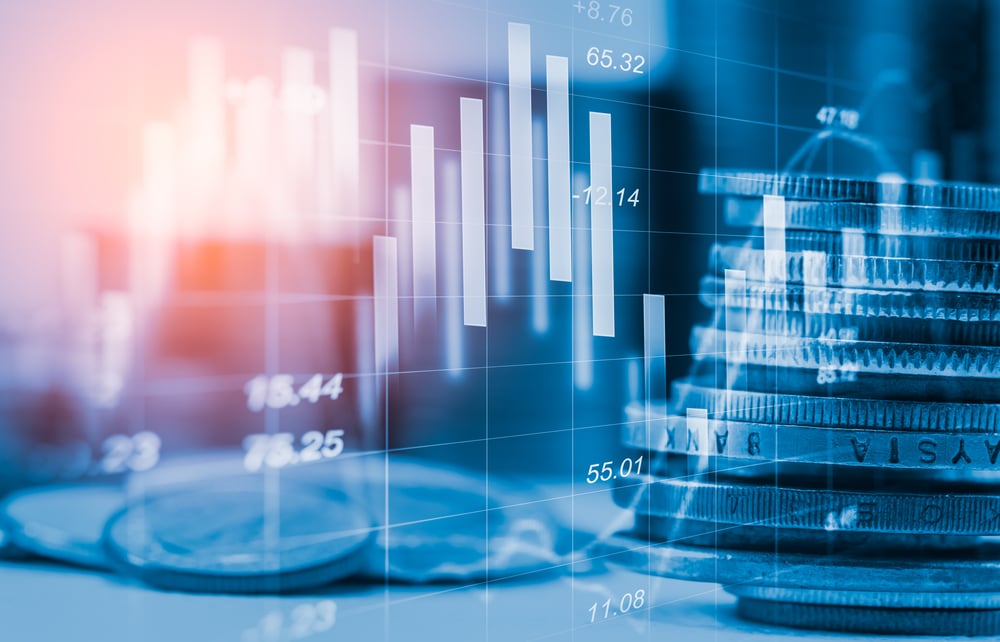 Not only is this opportunity on a first come first serve basis because the offering is limited to just two million shares (in addition to four hundred thousand bonus shares) available to the general public, but  if you invest larger amounts, you can get bonus shares as laid out below:

This could be an ideal time to invest in a brand-new revolutionary digital marketing platform. The industry is growing fast, so don’t get left behind. Consider participating in its Reg A+ offering to potentially profit from this innovative and disruptive new company.

Today, you’re being given the opportunity to become an early-stage investor in an emerging-stage growth company that has the potential to disrupt and democratize the $208 billion [8] online advertising market: Thumzup® Media.

This may be a next-generation advancement that helps create an entirely new vertical of digital marketing and branding.

You have an opportunity today to get in on the ground level of a dynamic company as it seeks to gain critical mass.

This is an exciting opportunity for forward-thinking investors who can see the potential of Thumzup® Media. Consider participating in its Reg A+ offering to potentially profit from this innovative and disruptive new company. 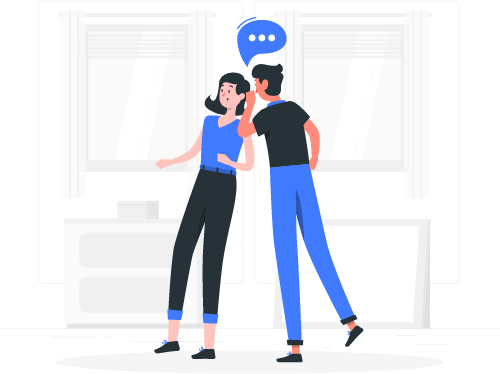 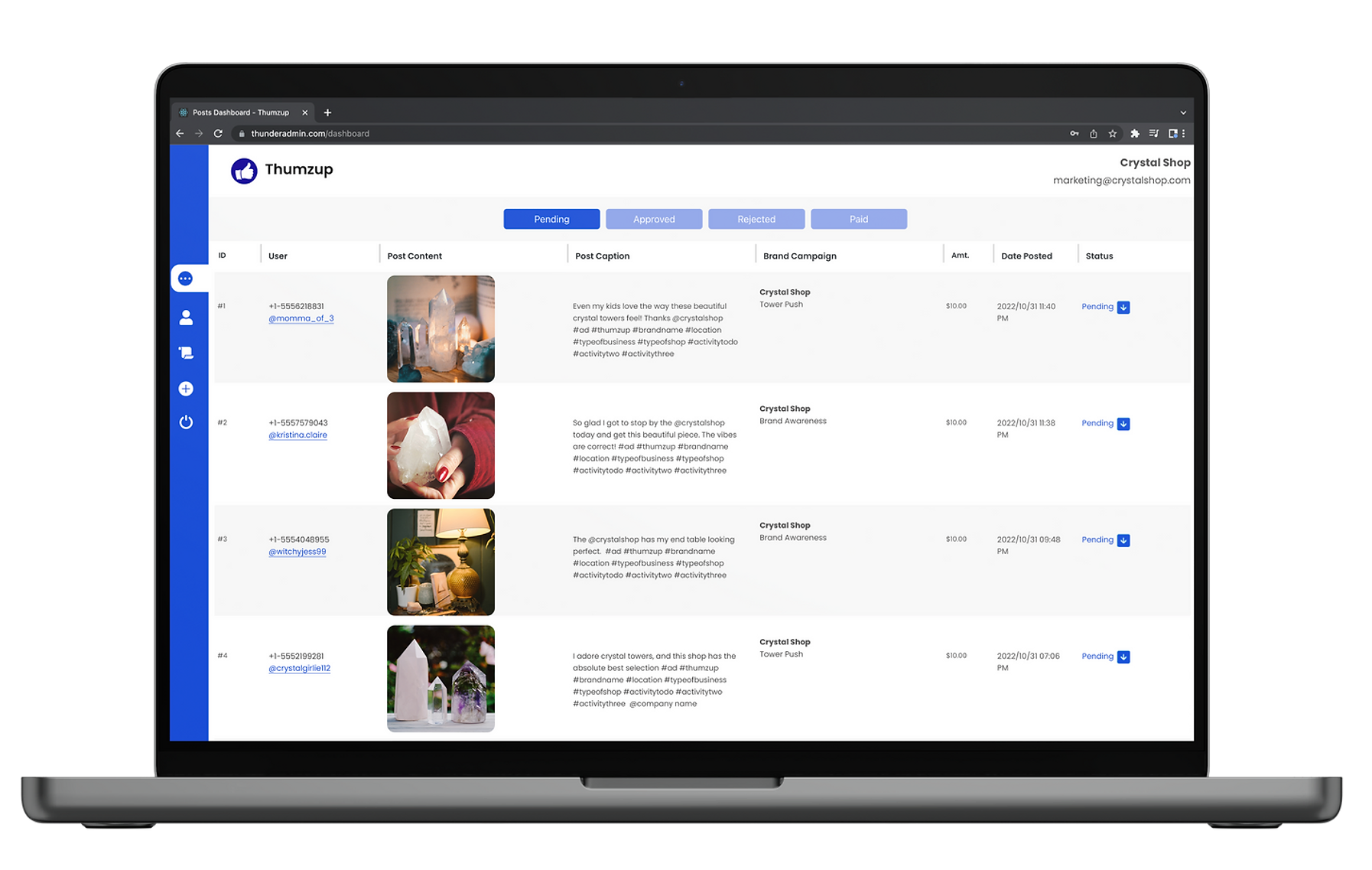 An Asset Class Once Not Offered To The General Public

As noted above, being an early investor in a company with disruptive technology is no longer restricted to venture capitalists and accredited and institutional investors. Thumzup® filed a Reg A+ offering so that any investor can get started for as little as $1,003.50.

Thumzup® presents an exciting play to investors influenced by the democratization model used by Uber during its disruption of the transportation industry or like Airbnb did to the lodging industry.  Uber’s first-to-market advantage put them miles ahead of its competition.  Airbnb also did this with hospitality, changing people’s ability to invest in real estate and create income.

Thumzup® has a revolutionary technology platform that enables a business to pay its customers cash to post about their business on social media when using the Thumzup® app.  The company has created a platform that connects brands to the everyday consumer, paying individuals cash for posting on social media.  Thumzup® currently connects to Instagram with plans to expand to other major social media platforms.

Thumzup® uses best-in-breed technology like PayPal, Venmo, and Instagram which means it's aligned with services consumers love. Thumzup® is out of development and is already paying cash to creators who post on their clients through the Thumzup® app.  This is not one of these companies that is planning to develop a technology. This technology is already in use, integrating best-in-class services like Venmo, PayPal, and Instagram, and ready to grow.

Thumzup®’s technology could be an industry game-changer, allowing everyday consumers to get paid, have access to more
efficient systems, and eliminate the time wasted managing influencing campaigns. Reason #1: Thumzup® is already public and listed on the OTCQB under the ticker TZUP.

Reason #2: Your shares are freely tradable as soon as they are issued to you

Reason #3: Thumzup® plans to apply to uplist to a National Stock Exchange (Nasdaq or the NYSE) in early 2023.

Reason #4: If you invest larger amounts, you can get bonus shares as laid out below:

Reason #5: Massive Market Opportunity: Thumzup® has a highly scalable growth model which could disrupt the multi-billion dollar online advertising market. Its platform is well-positioned to capitalize on this market and democratize the social media marketing ecosystem.

Reason #6: Early-to-Market:  Similar to Uber, Airbnb and many other billion-dollar unicorn companies, Thumzup® is helping create an entire new market.  Thumzup® is a platform that enables a business to pay their customers cash to post about their business on social media through the Thumzup® app. 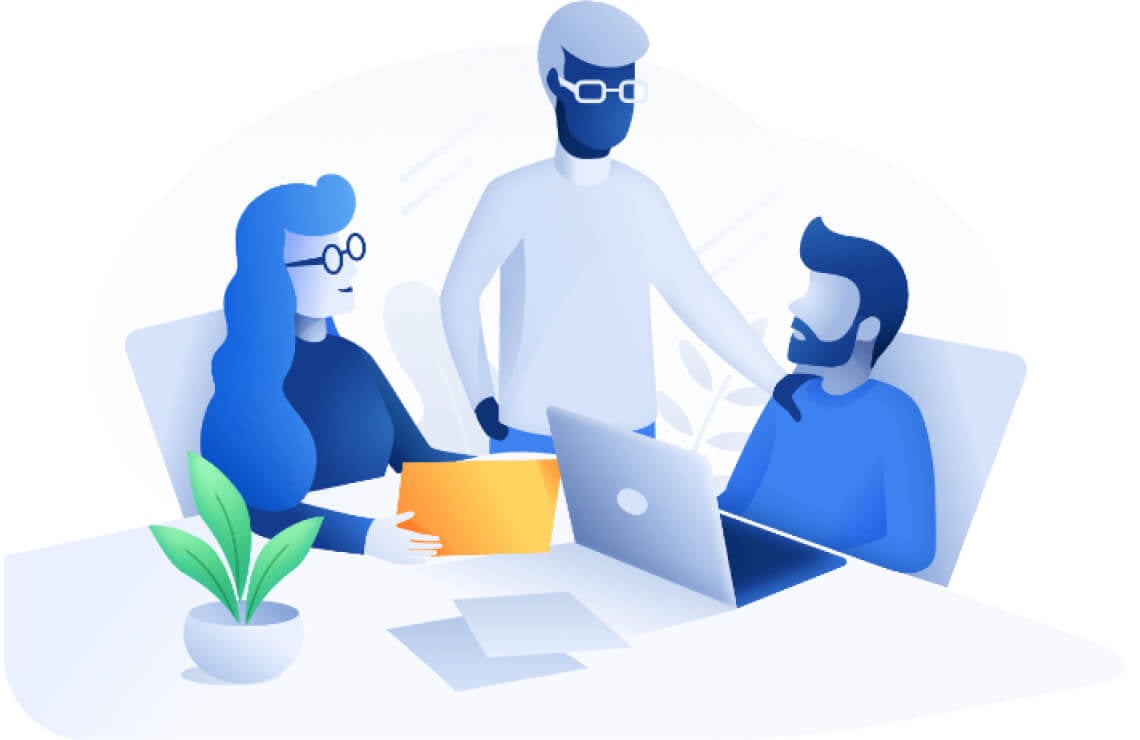 Usually investments in early stage technology companies are only available to accredited and institutional investors. However, the recently enacted JOBS Act enables certain qualified offerings under Regulation A+, like Thumzup®'s, to be marketed to and investments accepted from the general public.

Thumzup® is positioned to capitalize on the multi-billion dollar online advertising market.

…and the market is growing FAST.

This is an 18.8% annual increase from the industry’s value in 2021. To really digest the enormous rate at which the influencer marketing industry has been growing, in just six years, the influencer marketing industry has managed to grow ten-fold. Thumzup’s revolutionary platform allows almost anyone to become an influencer and get paid for social media posts made through its app about products and services they love which have an active advertising budget with Thumzup®.

Thumzup® plans to use this growth capital to continue executing its acquisition strategy of investment in its influencer marketing platform. 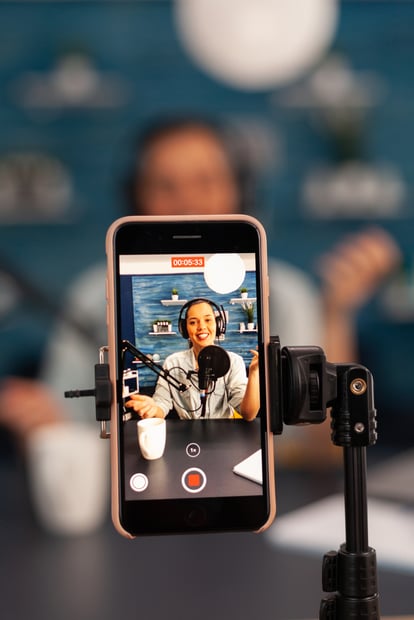 Mr. Steele is the Founder, Chief Executive Officer and Chairman. A technologist at heart, Robert learned to program a computer at 8 years old and by the time he was 12 years old, he purchased an Apple II and began his first technology company which game controllers for the brand-new Apple II computers, which were sold through local computer stores.
Robert has been CEO of two publicly traded companies.  One was Quintek, which provided business process outsourcing services to Fortune 500 clients like Amgen, FedEx, GMAC and Ecolab (NYSE: ECL) and processed more than $1B a year in accounts payable transactions for Ecolab and scanned more than 30 million pages of loan documentation for GMAC. The other one (Rightscorp) developed software that searches the Internet for copyright infringement and to date more than $1B in civil judgements have been awarded to copyright holders based on the case law that resulted from this technology.

Robert Haag is the Managing Member and sole owner of Westside Strategic Partners LLC, which is an investor in Thumzup Media Corporation. Since 2012, Mr. Haag has been a Managing Director of IRTH Communications, LLC, which provides financial communications services, and strategic consulting to its clients. He was previously employed in the brokerage, investment banking industries from about 1993 – 2001 and formerly held the Series 7, 24, and 63 licenses.
Based in Asia from 2008-2012, he held senior positions with an investment fund and also an investment bank based in Saigon, Vietnam in 2008.  From 2009-2012 he served as Managing Director of Asia for IRTH Communications, LLC, and was based out of Shanghai, China.  From approximately 2002 -2007 he was Director of Speculative Investments at KMVI. While at KMVI, he was also President and CEO of Utopia Optics, an eyewear and apparel company focused on consumers in the action sports markets.

Thumzup® Media’s Reg A+ Offering was recently qualified and you now have an opportunity to purchase shares of Thumzup® at $4.500/share.

The offering is available on a first-come, first-served basis until the offering is fully funded or closed. Read below for additional details.

Limited Shares: Thumzup® Media is only offering 2 million shares of common stock (plus four hundred thousand bonus shares) at the price of $4.50/share in this offering. Therefore, they are raising nine million dollars to accelerate the growth of the company. 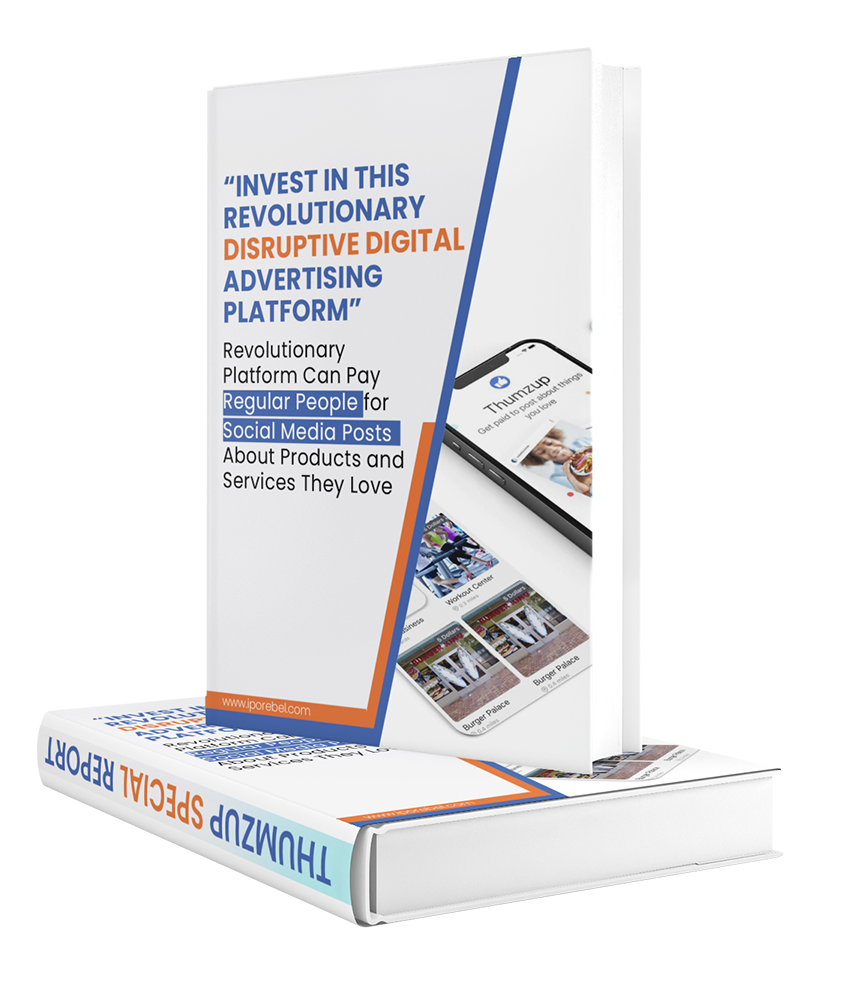 Why Now Is The Time To Invest in Thumzup® Media

Now could be an ideal time to invest in a social mediamarketing platform. The industry is growing fast, so don’t get left behind.

Thumzup® Media has a highly scalable growth model which could disrupt the multi-billion dollar online advertising market. Its platform is well-positioned to capitalize on this market and democratize the social media marketing ecosystem. Thumzup® Media’s Reg A+ Offering was recently qualified and you now have an opportunity to purchase shares of Thumzup® at $4.50/share.

Grab your shares in Thumzup® Media while they are still available at only $4.50/share. 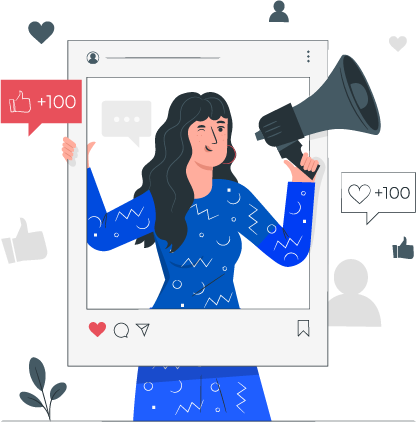 Raising Stakes Media LLC is not a broker-dealer or investment adviser. Raising Stakes Media is not a law firm, valuation service, underwriter, broker-dealer or crowdfunding portal and we do not engage in any activities requiring any such registration. We do not provide advice on investments. We do not structure transactions. Potential investors should consult their own legal, tax and investment advisors. Past performance is no guarantee of future results. Any historical returns, expected returns, or probability projections may not reflect actual future performance. All securities involve risk and may result in partial or total loss. Nothing on this website shall constitute an offer to sell, or a solicitation of an offer to subscribe for or buy, any securities to any person in any jurisdiction to whom or in which such offer or solicitation is unlawful. Raising Stakes Media LLC is compensated by the companies whose offerings it assists in marketing. Pursuant to an agreement dated January 6, 2023, Thumzup Media Corporation has paid us $50,000 in cash. That agreement terminates when Lead Services are complete. AN OFFERING STATEMENT REGARDING THIS OFFERING HAS BEEN FILED WITH THE SEC. THE SEC HAS QUALIFIED THAT OFFERING STATEMENT, WHICH ONLY MEANS THAT THE COMPANY MAY MAKE SALES OF THE SECURITIES DESCRIBED BY THE OFFERING STATEMENT. IT DOES NOT MEAN THAT THE SEC HAS APPROVED, PASSED UPON THE MERITS OR PASSED UPON THE ACCURACY OR COMPLETENESS OF THE INFORMATION IN THE OFFERING STATEMENT. THE OFFERING CIRCULAR THAT IS PART OF THAT OFFERING STATEMENT IS AT: https://www.sec.gov/Archives/edgar/data/1853825/000149315222036476/partiiandiii.htm